Discover your identity in Christ, and experience the power of the Holy Spirit.

We welcome visitors to our church and would love to have you join us this weekend. A Spirit-Filled environment has been lovingly cultivated to provide you with opportunities to find and enjoy God’s highest and best in every area of your life.

Gary is a 1992 graduate of RHEMA Bible College in Broken Arrow, Oklahoma. He completed his pastoral internship in the beautiful mountains of West Virginia with Trinity Covenant Church and contributed a weekly inspirational column in the county newspaper.

In 1996 Gary and Valarie assumed the pastorate of the then Grace Bible Church, a wounded and struggling congregation located in northern Illinois. God’s instruction to Pastor Gary was simple: “…tell them I sent you there to love them.” After a season of restoration and healing, the church enjoyed growth, stability, and a renewed sense of purpose.

As Pastor Gary began to pursue the Glory of God with a heart for revival, the church entered into a season of unparalleled signs, wonders, and miracles. Many hungry souls were touched by the manifest presence and power of God, and the anointing could be seen and felt.

As the Church continued to transition and evolve, a name change came forth during a time of prayer, “…this is a church of the harvest – a global harvest…” Global Harvest Church was born out of a passion for a revival to fuel the harvest.

Pastor Gary’s bold and uncompromised preaching is causing an explosive growth of faith in the hearts of those who hear and prepares the church to stop waiting for revival and start being the revival with a clear and unmistakable call to return to the fire and power of Pentecost. Revival is an awakening to whom we are in Christ, and who the glorified, resurrected Christ is in us, resulting in a last-days reformation as the sons of God are manifested.

Today we have a partnership with the Illinois District of the Assemblies of God, and once again, a name change to represent our passion and purpose. Beacon Hill Assembly of God is a “Keeper of the Flame” of Pentecost – the Light on a Hill overlooking the city of Byron – a beacon calling the church back to Pentecost, with a holy enduement of power to manifest the Glory and Presence of God.

In addition to full-time pastoral duties, Pastor Gary also serves the community as a police and fire chaplain. A recipient of a Congressional Letter of Recognition and a member of the Federation of Fire Chaplains, Pastor Gary’s presence serves as a source of encouragement to the men and women in the emergency services and the victims of tragedies. His arrival on scene helps augment the service being provided to the community.

Chaplain Cortese is the founder and coordinator of the Stateline Chaplains, an initiative that provides training and support for Police and Fire chaplains in Northern Illinois and Southern Wisconsin, and First-Due Family, a faith-based outreach to the families of First Responders.

He takes a prominent role in formal Fire Department ceremonies including promotions and badge pinnings of new firefighters. As a spiritual leader in the firehouse, Chaplain Cortese provides a balance of faith and service for police officers and firefighters and is an advocate for helping other departments start their own comprehensive Fire Service Chaplain program.

Beacon Hill Assembly of God (BHAG) is first and foremost a family church. Your family will be loved, valued, honored and protected at BHAG. Your gifts are vital to the success of our mission to build faith for life.

A Spirit-Filled environment has been lovingly cultivated to provide you with opportunities to find and enjoy God’s highest and best in every area of your life. A culture of honor, passion, and unity ensures that every member has a vital place of service. 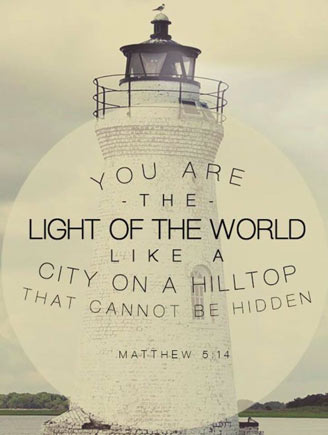